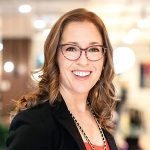 Everyone is talking about the metaverse—and while it may seem like an intimidating new world to figure out, it’s actually already all around us. Brands are connecting with users through games like Roblox, Fortnite and even Minecraft that immerse players in virtual worlds.

Whether it’s a symptom of the pandemic or just technology moving forward, consumers want to take part in immersive experiences without having to leave their homes. This is something brands should be taking notice of. It doesn’t mean that you need to build a virtual world in a video game—or build your own game like Louis Vuitton did—but it does mean that you should consider how to create rich brand experiences that go beyond blog posts and basic e-commerce.

And while you’re at it, create something meaningful for your audience. Don’t just create something flashy or expensive in an effort to impress. I love this example of a web developer who created a Minecraft server just for children with autism and their families (the video is truly worth a watch!). It became a safe space for 8,000 people who wanted to avoid the bullies and trolls they found elsewhere online.

Neurodivergent or neurotypical, no matter who your audience is, it’s fairly certain that they want to feel safe and that curating a space that makes them feel special will pay off. So if you venture into the metaverse, my number one advice would be to go the extra mile, to curate an experience your consumers will love.

Wellbeing from around the web 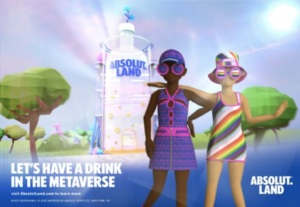 Absolut Invites Coachella Fans to Meet in the Metaverse with the Launch of Absolut.Land

Absolut invites consumers, both at Coachella music festival and at home, to experience Absolut.Land through their upcoming metaverse destination. Those at the festival can become virtual bartenders in their event space on the Decentraland game platform. Attendees can explore the bottle-shaped space, collect virtual wearables and enjoy the show band Swedish House Mafia puts on when they hit the stage.

The takeaway: Creating an immersive experience around an existing event means that the audience is already captive. It’s a great way to test out branded experiences and know that people are already interested. 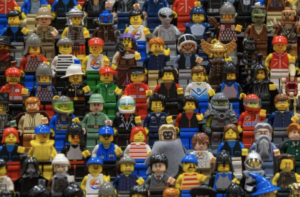 Like the private Minecraft server mentioned above, Lego sees the value in creating a safe online space for children. They have partnered with video game company Epic Games to build a metaverse that prioritizes privacy and gives kids and parents the tools needed to control the experience.

The takeaway: If you can’t find a platform/web server/event that fits the needs of your consumers, build something of your own. Even better—partner with other brands that serve similar audiences to collaborate on a solution together. Combining expertise and audiences means you both benefit.

Wendy’s goes into the metaverse and changes Fortnite forever

Instead of investing in a pricey brand integration with Fortnite, Wendy’s took advantage of an existing event in the game and inserted themselves in a really creative way. The brand created a character who looked a bit like Wendy and sent that character into the game to destroy freezers in virtual Fortnite burger joints during a burgers versus pizza battle because Wendy’s beef is never frozen. This resulted in 119% increase in Wendy’s mentions online and the developers at Fortnite removed freezers from burger restaurants in the game forever.

To celebrate the brand’s 100th anniversary, Gucci created a virtual world on Roblox based on the vision of creative director Alessandro Michele. Each virtual visitor experienced the space in their own way and emerged with a player skin that was totally unique and dependent on how they made their way through the virtual world.

The iconic luxury brand wasn’t content to join an existing gaming platform, so they created their own virtual world and game. Users must find 200 birthday candles to celebrate the brand’s anniversary and they learn about the fashion house along the way.

Don’t spend all your time in virtual worlds. Remember to connect with other humans—especially during the first week of May. May 2 to 8th is the Canadian Mental Health Association’s Mental Health Week. This year’s theme is empathy.

Posted on: April 19th, 2022 by Felicity Team
The best marketing starts early
Personalization doesn’t have to be difficult