Why your news release doesn't work, and what you can do about it

Why your news release doesn't work, and what you can do about it 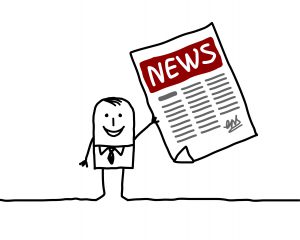 It wasn’t long ago that there was talk that social media and the Internet would spell the death knell for the traditional news release. That hasn’t happened. The news release remains a common tool for getting attention. Just check CNW (newswire.ca) on any weekday and you’ll find hundreds of news releases. And that represents just a fraction of the releases that come out daily. As a longtime journalist, I have received thousands of news releases—or at least it feels that way. Unfortunately, many of them fail to capture the desired attention.

Before you set out to write your next release, ask yourself the following questions and consider the reasons why I think so many news releases just don’t work:

Is there a person ready to respond to journalists’ queries?

You might be surprised by how many news releases are sent out without any contact information. No email, no phone number, nothing. Sure, many media outlets cut-and-paste news releases these days, but the expectation should be that journalists will seek information that is not in the release. They shouldn’t have to go on fishing expeditions to do so.

Do you have the information the journalist needs?

Yes, there may be a contact person the journalist can call for additional info or for interview requests, but does the contact person know enough to provide the necessary assistance? Here’s what happens far too often: Journalist calls contact at PR firm. PR person seems shocked that somebody is actually calling and appears to know little about the news release that names him/her as a contact. Rectify this by making sure whoever is named as the contact person has the information a journalist might need, or knows where to go to get it.

Are you able to follow-through?

Here’s how this one tends to play out: PR person promises to get additional information or to arrange an interview with the client by the journalist’s deadline. Enter the sound of crickets and a deadline that comes and goes. Follow-through is key! If you make a promise, be sure you can fulfill it, or at least let the journalist know you’re working on it.

Can your release be easily understood?

Corporate-speak won’t cut it, if you’re looking for journalists to pay attention. While the CEO and Bay Street/Wall Street may like the release, it should be written for the journalists who can provide you with coverage. On a similar note, a press release filled with marketing speak isn’t going to impress a journalist either. A news release should not sound like a brochure. Ditch the gooey, flowery adjectives, and tell them what they need to know.

What are you hiding?

Far too many press releases hide the bad news. For example, does your release use terms like re-engineering, repositioning, right-sizing, or redundancies to refer to layoffs? Good journalists will find the bad news, no matter how well you try to disguise it. You’re better off providing the bad news yourself, so at least you have some control over your message.

Be careful not to allow your client to turn what was a news release with substance into mush. Stand up to your client and say no to pablum. Let them know that a well-written news release will get them more coverage. Show them the difference between an interesting newspaper or magazine article and a boring release. Write for the audience, not for the client.

Will I be tripped up by typos?

Does your release contain grammatical errors? Spelling mistakes? Typos? That’s a big no-no when it comes to appealing to journalists and editors. Take the time to proofread your release and have others read it before it goes out. A release that contains grammatical errors reflects poorly both on the PR firm and the client.

Is there actually a story in there?

A press release isn’t worth much if it has little to announce. Make sure you actually have something to say. If there’s nothing that is worthy of coverage in the release, don’t be surprised if it doesn’t get any.

Are your quotes worth quoting?

All too often, quotes in a news release sound totally inauthentic. While I know some quotes are ghost-written, try to make them sound like they were said by an actual person. Too many quotes in news releases sound like something no actual human being would ever say in a normal conversation—even if they’re coming from people in the C-suite who regularly use corporate-speak. Instead of manufacturing quotes, consider taking the time to interview the people who will be quoted.

Have you captured my attention up front?

There’s nothing worse than a boring lede! Just like in a newspaper article, the first sentence of a release is usually the most important. Don’t bury the lede or it kill it with boredom. Give me a reason to read on or your release will end up in the trash.

And, are you holding my attention?

A release that’s too rigid won’t keep a busy journalist’s attention for long. A news release shouldn’t sound like it’s gone through the legal and accounting departments (even if it has). Try to write the release using everyday language that’s engaging and interesting.

Because there is still a great deal of value in a good news release, it’s worth putting in the time and effort  to turn out one that’s top quality. Your results are sure to reflect the quality of your release.

Posted on: August 5th, 2015 by Danny Kucharsky
Three things businesses can learn from the 2015 Toronto Pan Am Games
Debunking Millennial Myths: One 20-something’s response to the naysayers