Felicity president and founder Amy Laski draws on both her formal business education and more than two decades of communications experience with the world’s leading brands to drive bottom-line results for clients.

Prior to starting Felicity, Amy was the Public Affairs Manager for Sparkling Beverages at Coca-Cola Canada. She led their first-ever efforts to improve category permissibility and consumption. This included the introduction of front-of-package calories and the 100-calorie mini can, which became the fastest-growing category SKU. In turn, the Company’s core Sparkling brands achieved 15 times the category growth rate. Amy also led a comprehensive stakeholder engagement strategy, fostering strong relationships with the country’s most prominent wellness influencers including media, partners, medical professionals and government.

On the brand side, Amy directed all consumer earned media activities for Sparkling Beverages. She acted as a Coca-Cola media spokesperson during the Vancouver 2010 Olympic Torch Relay and Winter Games, and was selected as a Vancouver 2010 Olympic Torch Relay Torchbearer by Coca-Cola senior executives for taking personal action to positively impact the lives of those around her.

Amy is a graduate of The Richard Ivey School of Business at The University of Western Ontario. 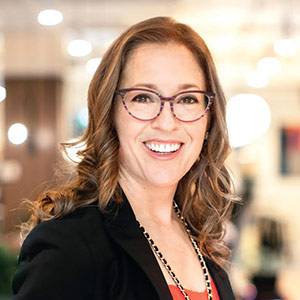